FIFA soccer rules are actual laws used during soccer practice and games. They are the standard rules of soccer you will find everywhere people play soccer. They represent what I call the “Constitution of Soccer”.

FIFA rules of soccer are also called the “Laws of the Game.” They originated from the Cambridge rules written in 1863.

Each young player should have a good understanding of the FIFA soccer rules. The interpretation of the rules can be tricky to understand and apply during a soccer game.

This is why young players should get help from their coaches, parents, and teammates to better understand these rules.

FIFA Laws of the Game

FIFA soccer rules present the Constitution of Soccer with seventeen (17) basic rules. They cover topics such as the field of play, the ball, the players, the referee and his assistants, the fouls and misconduct, direct and indirect, etc. 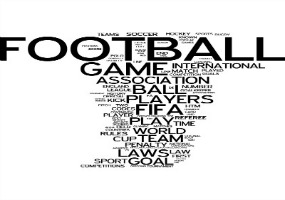 The Laws of the Game are revised each year by FIFA and they represent the actual rules of soccer. The association members of FIFA use these Laws of the game during different national soccer competitions.

International soccer competitions and games obey FIFA rules of soccer without exception. The same Laws are used during the World Cup soccer series for men, women, and youths.

The standard rules are applied during the games according to FIFA rules of soccer.

The FIFA rules of soccer can be found in the FIFA official site. The site includes details, explanations, and illustrations. Even though a great deal of information is presented, it can be difficult to interpret and understand the rules.

Each time the FIFA rules of soccer are modified to adapt to a specific competition, they become local rules of soccer. Many of them exist today in different countries, states, and on regional and local levels.

In local rules of soccer, the duration of the match varies according to age level. At the u7 level, the match is comprised of two equal periods of 20 minutes.

These are just few of the local rules of soccer which derived from the standard Laws of the Game. They differ between country, state, organization, and competition.

The common ground is that they are based on the FIFA rules of soccer. This explains why the Laws of the Game are important in soccer and should be mastered by young players.