A great player is the one who knows the basic rules of soccer. They help him to play wisely and avoid mistake during soccer practices and games. It is therefore essential for each young player to learn these rules of soccer first.

There are 17 basic rules of soccer called “Laws of Game”. FIFA (Federation Internationale of Football Association) is in charge of enforcing their application worldwide. When these rules are modified by any organization, league, country, or competition, they become “Local rules of soccer”.

When a player enters the pitch, what basic rules of soccer must he know first? Here is a quick look of these rules through easy to remember questions.

Rule 3: Number of players. Each team should have eleven (11) players on field. A goalie is one of them. Know that only three substitutions are permitted during an official soccer game. This number changes when it comes to indoor soccer.

Rule 4: Players’ equipment. The two teams wear different colors during a soccer game. Players on the field wear jersey with numbers, shorts, socks, shin guards, and footwear. The goalkeeper wears a different uniform from his teammates with gloves. 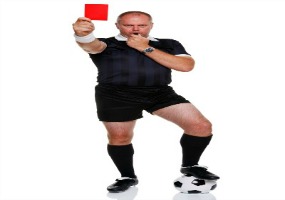 Rule 6: Assistant referees. There are two assistant referees for a soccer game. They advise the referee about an offense committed out of his view. The final decision belongs to the referee, not to the assistants for any offense occurs during the game.

Rule 9: The ball in and out of play. The ball is out of the field of play if it crosses the goal line or touch line on the ground or by the air. The ball is also out of play when the referee stops the play. Otherwise, the ball is in play all the time.

They result to an indirect free kick when a goalkeeper or a player commits any offense within is own penalty area. Therefore, a penalty kick is awarded to opponent team.

Rule 14: Penalty kick. It is awarded when the defense commits a foul inside its own penalty area and while the ball is play. All offenses resulting to a direct free kick lead to a penalty kick. During the penalty kick, all players should be out of the penalty box.

Rule 15: Thrown-in. It is a method of restarting the play. A goal can’t be score directly from it. It happens when a player last touches the ball before it goes out of the field of play. The opposition team gets the thrown-in.

To throw-in the ball, a player should keep his feet on the ground and out of touch line, use both hands, and throw the ball from behind over his head. This is the only time players in the field can use their hands to touch the ball.

Rule 16: Goal kick. It is a method of restarting a soccer match when the offensive team sends the ball out of the goal line or end line. A goal may be scored directly from a goal kick, but only to the opponent team.

Rule 17: Corner kick. It is awarded to the offensive team when the defensive team was last touches the ball before it crosses the goal line or end line. It is kicked at the nearest corner.

Go back to top of Rules of Soccer page