African soccer players have made sombrero move one of their best soccer tricks. I think of Eto’o Fils who played with Real of Madrid and AC Milan. The African Maradona of Nigeria aka Jay-Jay Okocha. They mastered and used the sombrero to make their opponents look ludicrous.

The move looks really easy. I can assure young soccer players it is more than that. It requires a great deal of self confidence, quiet a set of ball juggling skills in the air, agility and rhythm to pull of its three easy steps during a soccer game. 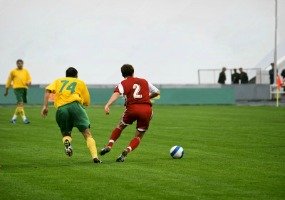 To easily perform the sombrero/small bridge, follow these three steps:

1. Flip the ball in the air just in front of you.

2. Trace a sombrero (remember the edges of that Mexican hat huh?) or small bridge over the head of the opponent coming to you in full speed

3. Move to the opponent’s side and receive the ball as it lands behind him.

The sombrero move requires a lot of anticipation from the player. He should read the positioning and move of the opponent ahead of time.

Make sure the ball is in the air at the level of his chest or knees before the opponent gets to him. Send the ball over his head while the opponent is still running.

The sombrero or small bridge (the curve the ball takes over the head of the opponent) is also called “Pirouette” (French word).

The move requires technical skills such as: air trick to send the ball in the air, player turns to avoid the opponent, speed to receive the ball behind him.

At step one, you can either flip the ball in the air or pose it on your tight or chest. The next thing will be to pass it over your opponent’s head.

Sombrero requires a dose of confidence and risk taking from the player. Make sure you practice this move first and master it before you try it during a real soccer game. 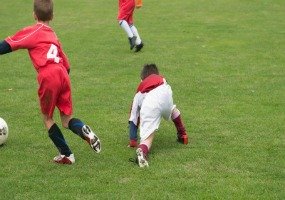 I personally did not perform the sombrero so often while playing soccer. My best memories about the move come from Eto’o Fils who plays with the national Cameroon soccer team. As a striker, Eto’o Fils always used sombrero to set off balance his opponents.

Another player I enjoyed watching was Jay-Jay Okocha from Nigeria. He was the headache of all defenses during the African Nations Cup. He performed the sombrero during the soccer matches like a joke, to the pleasure of the fans, and sending away his opponents.

This is one more reason “soccer is the most beautiful game in the world”.

Please use the form and share your best soccer moves.