Who invented soccer is a tricky question for young soccer players. I’m pretty sure some professional players can’t give the right answer. The invention of soccer goes back thousands of years. This is an inspiring soccer fact.

I wanted to find out the name of the inventor of soccer. I went to the library looking for clues. I read the laws of the game but my mind wasn’t clear as of who invented this game.

I continued play soccer until late and I couldn’t respond to this question. This is a true story. I would like young players to know that there is no single person who invented soccer.

Let us read the facts together. This is one of the real facts about soccer for kids.

I found that in early centuries, there were different games resembling soccer. Egyptians, Chinese, Romans, and Greeks all played these games. They involved feet, hands, and even the use of sticks. 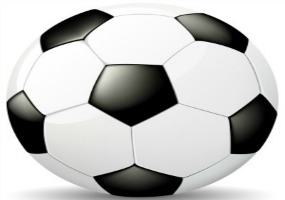 I was amazed to learn that ancient Egyptians played a game similar to soccer. They painted it on the walls of the Temples. King Herod discovered the paintings during his visit to Egypt.

Most of these games took place in the period known as Before Christ (BC). Different centuries have been tracked from 30 BC till 2500 BC.

As you can see, civilizations across the world have played different look-like games of soccer. These games represent what I called the roots of soccer. The Bible says: “At the beginning was the Word…” So indeed at early centuries was soccer…

You now know the different games of early cultures and civilizations. Let us check how they have evolved throughout the history. Continue reading.

The period between the 9th and 14th centuries is when the game of soccer began to take shape in England. No other country emerged at that time in the evolution of soccer.

he game was violent with no rule. They continued using hands while playing. Many players were sent to hospital due to injuries. The game was therefore considered as a nuisance and was banned by King Edward of England.

Successors of King Edward maintained the ban of soccer. The game survived thereafter for many years because it was used in schools as exercise by students.

The ban of soccer in England (Europe) led to its evolution to other continents such as Asia, Americas, and Africa. The application of the game in these various parts of the world has created today’s soccer.

Dedicated soccer clubs emerged in the 17th century. They continued playing with hands and only passing the ball backward. Modern soccer was not reached yet.

1860 in England is the turning point of modern soccer as it is today. The game was still violent and unorganized. In 1863 was formed the Football Association (FA).

The Association came up with a set of rules to manage soccer. After the adoption of the rules of soccer, the first official soccer match took place in Battersea Park, London.

The FA helps to establish soccer as a legitimate sport. Soccer will be therefore played in schools and colleges. The first Football Association Cup will be created in 1888.

Soccer began to flourish in Europe with the creation of different soccer clubs all managed by the FA. By the 20th century, many Europeans countries have formed their own soccer leagues.

In 1904, was created the International Federation of Association Football (FIFA) reflecting an international agreement between codes and countries. In 1930 the first ever FIFA World Cup was held in Uruguay.

Since then, FIFA has remained the reigning and core institution that manages soccer worldwide.

Who then invented soccer?

Who invented soccer then? As you can see through this page, no single name was mentioned as the inventor of soccer. If you are looking for that inventor, you will be deceived.

The invention of soccer comes from a long evolving process of various games from different cultures and civilizations worldwide. The history suggests that today’s modern soccer was invented through the changes of these early games.

It is amazing to see the evolution of the creation of soccer. It was a historic and social collective effort of people who loved this game. Soccer has become the most beautiful and watched game in the whole world.

My hope is that young soccer players will be able to answer with easy the question “Who invented soccer?”

"Go back to top of Who Invented Soccer?"

you are invited to visit the home page of Youth Soccer