Do we have different specific soccer rules? Do all soccer competitions and games obey the same rules? I hear this question so often from young soccer players.

These modified rules are applied in indoor soccer games. Different soccer groups such as youth, high school, college require adapted rules too. Soccer levels u6, u8, u10 and above use specific soccer rules.

Youth Soccer Rules. They are observed in soccer games of the youth category. They are much simpler compared to the more advanced levels of the game. This category includes players under age 12. Current US Youth Soccer policies require that Under-10 teams and younger play games with no more than eight (8) players per side. These rules may be different from other countries across the world.

The NFHS enacts all new rules and rule changes to soccer once a year and distributes them each summer. It is important to check the NFHS website to see their updated rules and changes to existing rules. These rules can change at the State level. 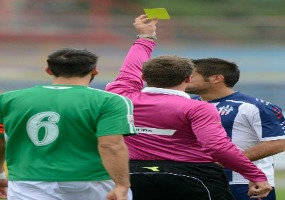 Indoor Soccer Rules. These rules apply for indoor soccer games. They focus on the size and mark of the field of play which is different from outdoor field play. The surface of the pitch is artificial and requires players to wear adapted shoes.

The indoor game is divided in two, three, or four halves of the same length. The number of players varies according to age bracket. Other specific rules are designed just for indoor games. These rules require a good understanding and interpretation from players, coaches, and referees.

International Soccer Rules. They are different from modified rules applied in local and regional soccer games. In short, they are stricter and follow certain international standards.

World Cup Soccer Rules. These are commonly implemented in soccer World Cup series. They are much similar to the international soccer rules. The difference is that they are being implemented during the World Cup soccer games. They make all participants follow uniform rules so that bias ruling is avoided.

The fact is that there are so many modified and adapted soccer rules today. As a young player, keep in mind that you need to learn the basic rules of soccer first. When we say basic, we are actually dealing with the fundamental rules of the game or the simplified 17 rules of soccer.

Knowing these basic rules will allow you to participate in any soccer game played locally and abroad. It will make much easier for you to learn the more advanced rules along the way. You will also be able to know your position and role in the field; how to interact with your teammates. These rules will help you become a great player.