History about soccer can be traced from various parts of the world. Different continents have all contributed to the creation of soccer. Evidence of soccer facts  found worldwide prove it.

It is undisputed that modern soccer began in England in 1863. It is also amazing to learn That the most beautiful and popular game in the world has an old and long history. This is one of the great facts about soccer for kids.

To better understand the history about soccer, let’s review it through the following continents: Asia, Europe, Americas, and Africa.

Sources point that the oldest form of soccer comes from China. Others have said no, it is from Japan. The true is that an early game looking like soccer was first played in Asia.

The history shows that a game called “Tsu Chu” or “Cuju” was played by Chinese military between the 2nd and 3rd century BC. They kicked a leather ball into a small hole. Use of hands was prohibited during the game. 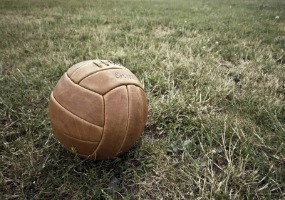 It has been said that the Chinese emperor at the time was a glowing player and fan of the game. He worked to spread the “Tsu Chu” game all over China during his reign.

In another part of Asia, history depicts that a similar game to soccer called “Kemari” was played in Japan. The game involves two teams of twelve players. A ball stuffed with sawdust.

Japanese and Chinese played the very first international soccer game around 50 BC. The game was based of their versions of soccer.

You can still find the same old version of “cuju” being played in China today. It hasn’t had an impact on the modern soccer. It is considered a cultural game attraction.

History About Soccer in Europe

Greeks, Romans, and Britain marked the history of soccer in Europe. In ancient Greece, there were different early games. Episkyros and Harpastum are few of them. The styles and rules were different too.

Episkyros game requires two teams to throw the ball until one if forced behind the line of their own camp. The ball is thrown over the head of the opponent. Harpastum game was one of the precursors of modern soccer.

The history of soccer starts in the Great Britain during the 8th century. A war game was created after a Danish Prince was beheaded. His head was kicked around as a ball. From this account, communities started playing this violent game.

The game resulted in many injuries and death. The awkward situation will prompt King Edward III of England to ban the game in 1331. King James I of Scotland also passed a similar law banning the game.

In Italy, a game called “Calcio” was played during the 16th century. It involved kicking, and passing the ball across a goal line. That’s why they also call to the Italian prime league “The Calcio”.

During the same period, Giovanni Bardi published a set of rules of the game of Calcio in 1580. Modern soccer started to take shape with the organization of calcio game.

Football (soccer) became legal again in England at the beginning of the 17th century. It was around 1605. The game was still violent. It involves hundred of players and there were too many deaths.

It was in 1815 that Eton College of England drafted the first set of rules. The game became less violent and different colleges and universities adopted the same rules.

The Eton College set of rules were used throughout England. Their evaluation allowed coming up with the Cambridge rules in 1848. Using hands, shin-kicking, and tripping were banned.

Representatives of schools and clubs in London met at the Freemason’s Tavern on October 26, 1863. The Football Association (FA) was created. Fans and supporters left the room and created the Rugby association.

The creation of Football Association in 1863 is considered as the birthday of modern soccer. The FA will ban definitively the use of hands in the game in 1969.

In 1872, the national teams of England and Scotland played the first international modern soccer match. It was t the Glasgow Scotland stadium. The final score was a draw 0-0.

The first official international football match was played in Glasgow Scotland between Scotland and England. It was on 30 November 1872, and finished with a 0-0 draw.

The story about soccer in the Americas can be traced in the Aztecs civilization in Mexico. They played a similar game. They used a rubber ball they passed through a stone or wooden ring.

A game called “Aqsaqtuk” was played by the native Eskimos in Alaska and Canada. The legend reported that two villages played the game with goals at 10 miles apart.

The Native American Indians in North America played a game called “pasuckuakohowog”. The pitch was half-mile wide and one mile long. Around 1000 players were in the pitch for one game.

Modern soccer took shape during the 19th century in the Americas. Soccer was played in some colleges and universities such as Amherst, Brown, Harvard, and Princeton.

Oneida Football Club, Boston USA will be the first soccer team created outside England. It was in 1862. Three years later, the first international soccer match outside England took place in Newark. Canada won 1-0 against USA.

Since then soccer has spread in North, and Latin America. The most famous player of all time Pele came from Brazil. Others have followed his footsteps. 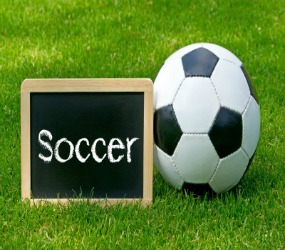 The history of soccer in Africa goes back to ancient Egypt around 2500 BC.  Egyptians have painted the game on the walls of the temples. King Herod, during his visit to Egypt, made the discovery of the paintings.

During the age of Baget III in Egypt, there was a version of ball game looking like soccer played by women. Its images were painted around Baget III Tomb.

Soccer started spreading in Africa during its colonization by British, German, French, and other foreigners. Some African moved to play in Europe around 1950.

The creation of African soccer national teams will begin after most countries’ independence. Soccer has become to African countries and communities a religion and source of development.

"Go back to top of History About Soccer Worldwide"